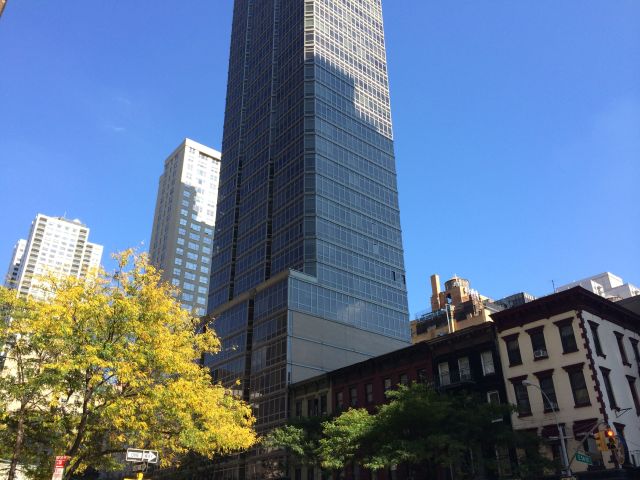 What I Like Most About It: Even though Midtown East often brings to mind the hustle and bustle of the work day for many folks as well as the glamour of the shopping Valhalla that is Fifth Avenue, the area, in my opinion, has a number of hidden treasures. Once you’re past Third Avenue, it becomes much more residential, and a number of side streets have gorgeous townhouses and pre-war walk-ups. The southern portion of the neighborhood is also home to the charming Tudor City apartment complex and serene “pocket parks” with glorious waterfalls such as Greenacre Park (one of my favorite hideaways when I worked in the area) and Paley Park. And of course, there is this pretty amazing place called Central Park nearby. The amenities in the neighborhood’s eastern section have really increased over the past couple of years – Second Avenue has seen an influx of new restaurants and cafes, and the opening of Whole Foods on East 57th Street has been a big boon. With trains that offer access to both the west side (E, M and 7) as well as the east side (N, R, Q, 4, 5 and 6), Midtown East is a very convenient neighborhood for wherever you might want to go in Manhattan, in particular the Upper East Side and Murray Hill/Kips Bay.