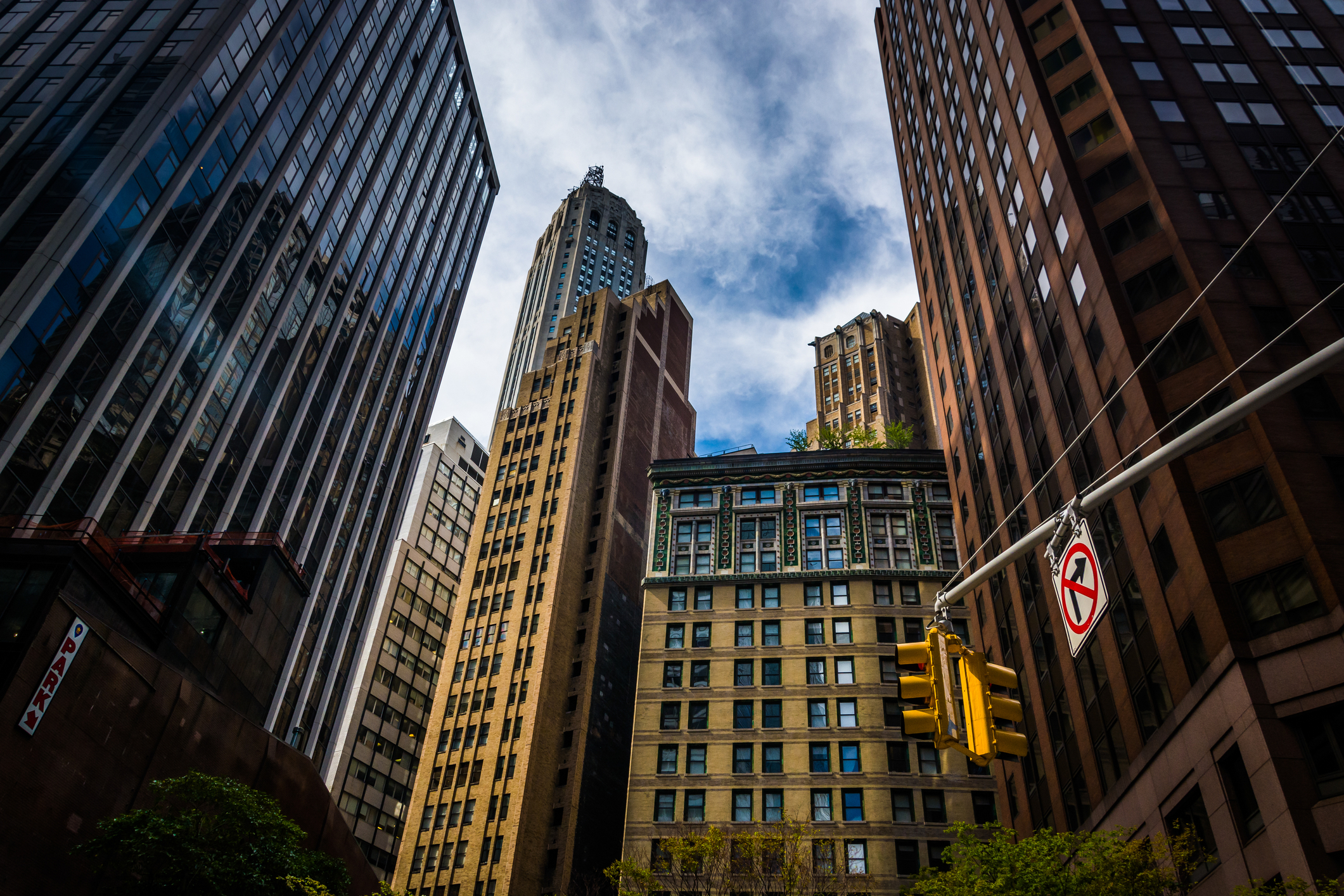 Neighborhood Boundaries: Chambers Street to the north; the Hudson River to the south (excluding Battery Park); FDR Drive to the east; and West Street to the west

Architecture: modern, towering glass and steel skyscrapers along with a large number of pre-war high rises

The Financial District is currently in the midst of an exciting renaissance – the completion of One World Trade plus the newly opened Fulton Center subway station and WTC Path Station (a.k.a. The Oculus) have catalyzed a wave of new development with lots of ambitious architecture. The area has seen a significant influx of retail (Zara, GAP etc.) and new restaurants with even more to come (for example, Shake Shack is planning to open up another location in Fulton Center). In addition, South Street Seaport and the waterfront are both in the process of undergoing significant revitalizations. But even with all of the new things coming to the area, it hasn’t lost a lot of its old school charm – the area is still a fantastic place to see glorious examples of pre-war skyscrapers. Add to this the fact that the neighborhood is by far one of the best transit hubs in the entire city – nearly every subway line has a stop in the area – and you’ve got an amazing combination of amenities which would make the Financial District a great place to call home.

Gramercy & NoMad
March 21, 2017
Get your copy of my FREE step by step guide for first time buyers! Subscribe to my list!
Categories
Archives